Tina Cisarik has shared ministry at Siena House this year.  Read on for her thoughts on Nativity!

The term “nativity”, which comes from the Latin word natal (to be born), is not unique to the birth of Jesus. In fact, it can be said that we each have been part of our own nativity scene, whether in a tight manager, a well-stocked hospital unit or a tempered pool of water on the living room floor. For the past four months, I’ve been fortunate enough to be part of a constantly transitioning nativity scene nestled in the Highbridge neighborhood of the South Bronx.

Home to twenty-seven pregnant women and women with young children, Siena House, a transitional shelter for homeless women and infants, has embraced hundreds of mothers and babies since opening her arms in 1990. Fueled with the passion of empowering marginalized women, Siena provides resources and support for job readiness, permanent housing and parenting skills, along with assuring a safe residential environment for both mother and child. While the shelter has seen great change in the past twenty-four years, a special event has withstood nearly two and a half decades: The Annual Siena House Christmas Celebration.
Each year, staff and community members work together to create a harmonious, memorable Christmas season for our residents, including a visit from Santa Claus, baked goodies and a trimmed tree with gifts underneath. As a self-proclaimed holiday elf, I’ve been navigating through the heaps of paperwork, handmade ornaments and countdown chains with great joy, resting assured that this season will bring much magic to those who partake. However, the pile of clothing and toys that is beginning to accumulate in my office has been the main focus of my attention. Made possible by the contributions of neighboring parishes, Girl Scout troops and college students at Fordham University, I’ve been sorting onesies and Tonka Trunks by the bunch. Aside from stirring up my own nostalgia, I have found the sight of such generosity to be inexplicable. There is something remarkable about individuals traveling from near and far to bring forth gifts to children who may otherwise go without.

Throughout this process, I’ve often paused to ask myself where such generosity comes from. What ignites people to maintain the idea that Christmas is the “season of giving”? What causes the heart to want to lend of itself in the spirit of the holidays? Perhaps such generosity stems from recognizing that the humble nativity scenes depicted in the Gospel stories are not far off from our own. Perhaps it comes from understanding that, had Mary been wandering around New York City looking for vacancy, Siena would have given her a place to rest. Perhaps it comes from the fact that, like the children of Siena House, Christ, too, came with an infant face.

It’s true: the Messiah was not birthed from a swirl of wind and flakes of silver. There was no grand entrance, no royal purple linens upon which to lie. This was not for the lack of God’s ability. This was the same God who parted a traitorous sea, who dried the land after a flooding and painted the sky with a rainbow of fellowship. But, God chose to become human in the womb of a young mother without a place to rest. God chose to reveal the Sacred Presence in the body of an infant swaddled in hay. God chose humility and poverty over regality and gleam. And yet this child, wrapped in dusty cloth against his mother’s chest, immediately became a figure of persistent compassion. Behold, the Child of God, Root of Jesse, Prince of Peace. The titles are much more prestigious than the birthing scene depicted.

I’m continuously reminded of this as I stare at the stack of stuffed animals waiting to be cuddled and pajamas waiting to be worn. There was no telltale sign that the infant Jesus, helpless in nature, would be the one to repurpose the Covenant of Love. And yet, people of faith  - guided only by a star - traveled through the depths of evening and into unfamiliar territory to lay gifts upon the baby’s feet. They invested in this new child with both affection and tokens of appreciation, knowing all the while he’d be the one to give back. While these offerings of frankincense, gold and myrrh were quite different from the Little Tyke’s toys I’ve begun to wrap, the messages they provided remain the same: We accept you, we honor you, we love you. You are our child, too.

With Christmas around the corner, I ask of each of you to embody the questions that Siena has so loving caused me to ponder: How can you recall the origin of the holiday in every child you pass and delight in those who retain a child-like spirit? How can you bring to life the humility and generosity ever-present this season with both your words and your actions? And mostly, how can you remember the oneness that you share with the Messiah who, like all of us, started off quite small?

The following was written by current volunteer Bailey Agattas

Embarking on a year of beginning a job in which I have no prior knowledge or experience may seem a crazy thing to do. Sticking to my comfort zone in the wonderful state of Michigan would have been much easier, but I was ready for a change and a challenge. I wanted to raise the sails of my dreams and let the wind of opportunity carry me wherever it felt like blowing. And so, as an idealistic, naïve, 23 year old girl with a degree in Mathematics in my back pocket, I set out to Long Island, New York in August to get my hands dirty in the soil of Homecoming Farm, a certified organic CSA farm on the property of the Dominican Sisters of Amityville.

My experience after just three short months has been both parallel and disparate my expectations, but one of the most notable changes in my perspective has revolved around food. I view food a little differently than I did before I had such a close encounter with it. As a society, we seem to be very disconnected from the people and the process that provide our sustenance, and I am not exempt from this disconnection. Before working on the farm, I did not know how most fruits and vegetables grow, what they looked like in their most natural, raw state, or even that there are hundreds of thousands of different varieties of these plants. I have quickly learned the difference between Winterbor and Siberian Kale, a Green Zebra and a Sungold Tomato (my favorite kind!), and a Hakurei and a Scarlett Queen Turnip (although, both taste equally unpleasing to my taste buds… I still have a long way to go in developing a more exquisite palate!). Looking though seed catalogs, I continue to be fascinated by varieties of vegetables I have never seen before. 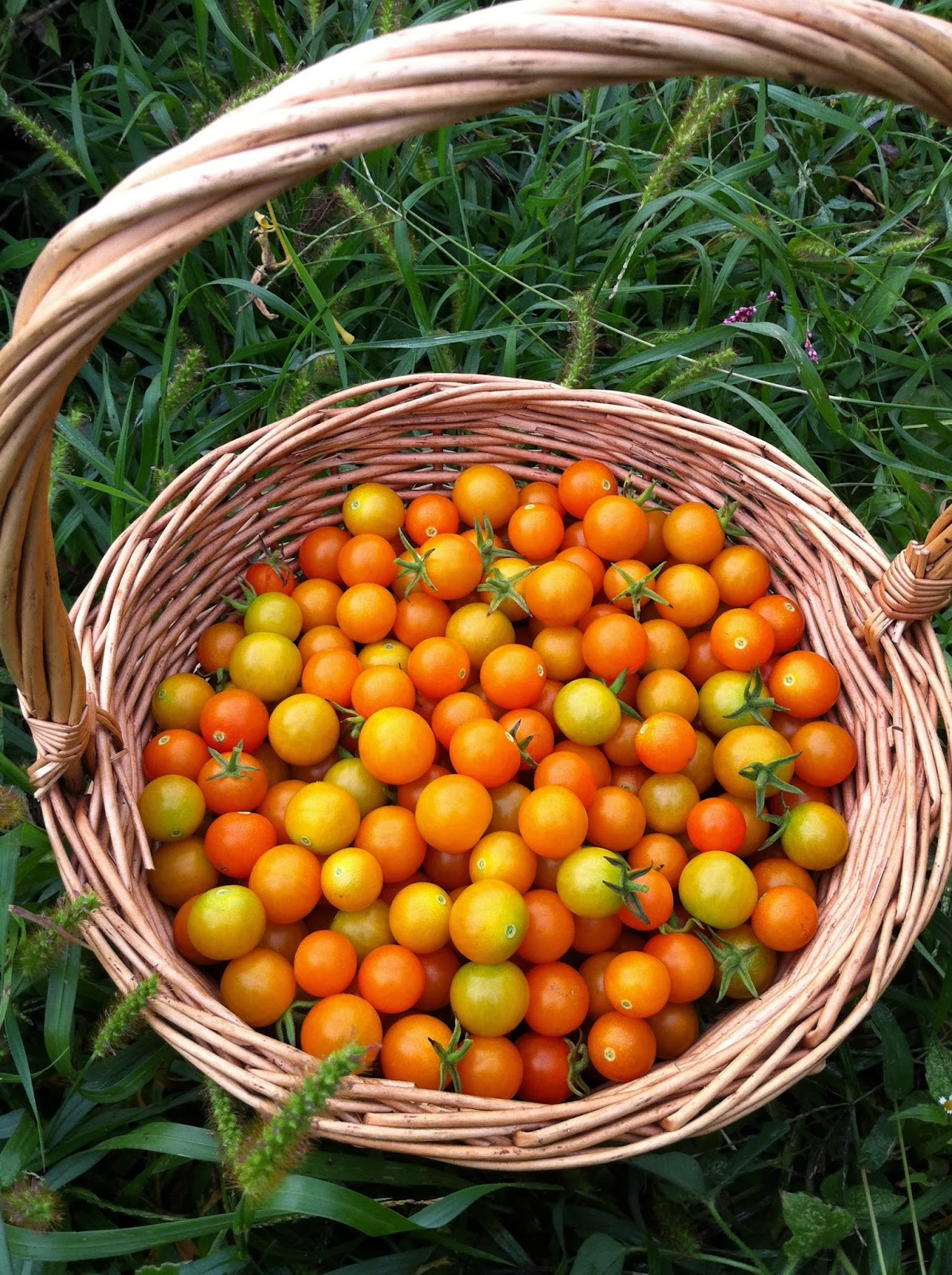 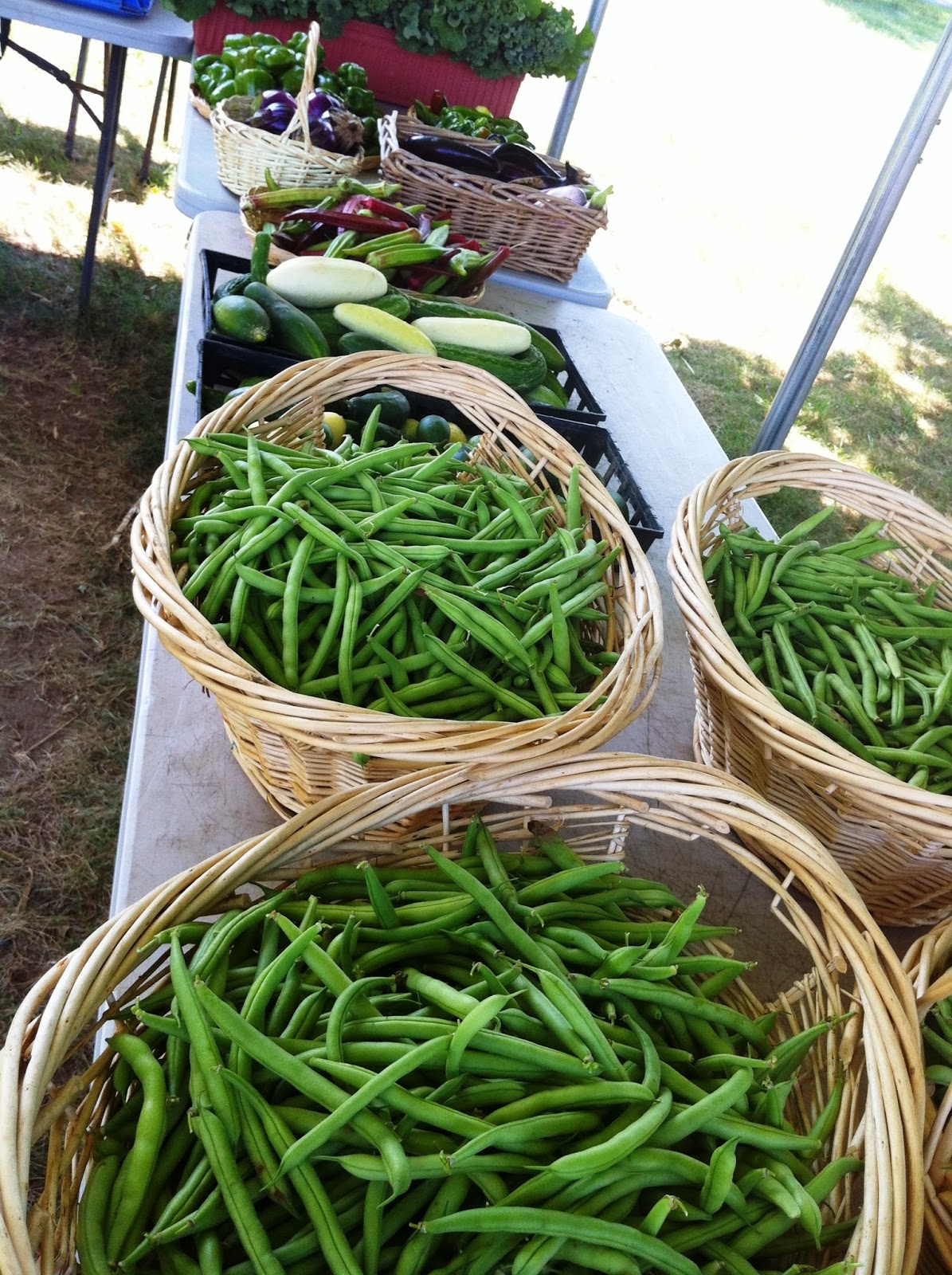 My newfound knowledge and curiosity travels with me to the local and chain grocery stores, where I spend a few extra minutes browsing the produce section. Every time I see a variety of vegetable grown on our farm, a little flurry of exhilaration runs through me, perhaps connoting a sense of connection with whomever grew this particular crop, or maybe a sense of relief and contentment that comes with familiarity. Likewise, when I see a foreign vegetable unknown to me, I feel a surge of wonder, and I note the delectable fruit in my mind with a reminder to ask “Farmer Don” about it. Even something as simple as a grocery run has been transformed into a reminder that there is so much beauty and perfection in God’s magnificent creation.

This creation is still such a beautiful mystery to me. Even after seeing the entire life-cycle, it still boggles my mind how such a tiny seed can become such a fruitful plant, without much attention from man, the caretaker of the earth. While I have had a hand in the planting, nourishing, and harvesting of the bountiful yield this season has brought, it has taught me much about the idea of control. As much as we believe that we can change the outcome of a certain situation or event, it is often times out of our hands. As much as we can dictate where the seeds will be planted, how much we will water them, and what type of fertilizer and compost we will use, we cannot guarantee that the seeds will grow into a plant and produce fruit. And if they do produce fruit, we cannot take much credit for the bounty. The lesson I have just begun to discover is that clinging to the illusion of control does nothing to change the outcome. I have learned how challenging it can be to trust that God will provide, but it is something I continue to believe. The hundreds of pounds of tomatoes, green beans, and cabbage that I have been able to harvest are proof enough to me that God always provides.

Then Jesus said to his disciples: "Therefore I tell you, do not worry about your life, what you will eat; or about your body, what you will wear. Life is more than food, and the body more than clothes. Consider the ravens: They do not sow or reap, they have no storeroom or barn; yet God feeds them. And how much more valuable you are than birds! Who of you by worrying can add a single hour to his life? Since you cannot do this very little thing, why do you worry about the rest? "Consider how the lilies grow. They do not labor or spin. Yet I tell you, not even Solomon in all his splendor was dressed like one of these. If that is how God clothes the grass of the field, which is here today, and tomorrow is thrown into the fire, how much more will he clothe you, O you of little faith! Luke 12:22-28 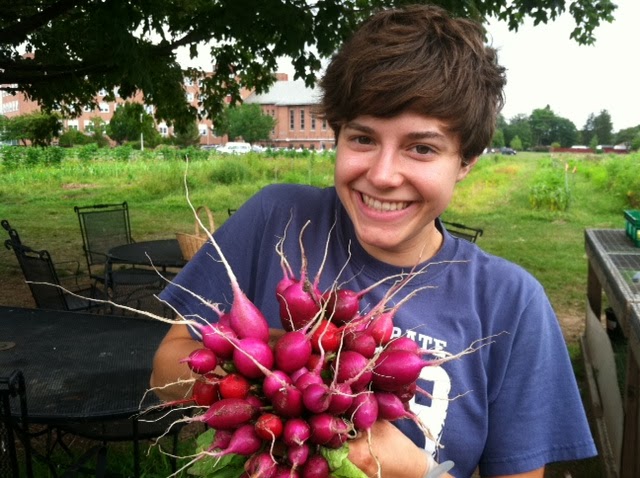 Posted by DVUSA Staff at 7:54 AM No comments: