Living Simply So All May Simply Live

In our most recent blog post, 2012-13 Dominican Volunteer Megan Rupp reflects on the importance of community. Megan currently serves on the DVUSA Board and as program director for the Franciscan Outreach Association. 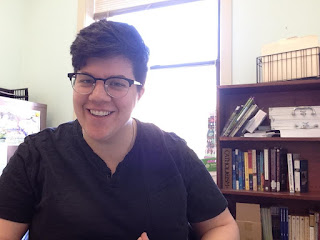 My name is Megan Rupp. I was a Dominican Volunteer from 2012-2013. I lived at St. Edward’s Convent on the north side of Chicago with five Dominican Sisters of Springfield and one Dominican Sister of Peace. I had the honor of accompanying refugees and immigrants with Heartland Alliance where I taught ESL and pre-GED courses to adult English language learners. Following my year of service, I was hired on with Heartland Alliance and spent several wonderful years working with youth who had been detained at the border for entering the United States illegally.


My year of service afforded me so many transformative opportunities that have served invaluable to me and my work. The fulfillment that I find working with those who reside on our societal margins has been overflowing. Our society loves to sell idea of scarcity; never enough. One can never have enough wealth or capital or power- the list goes on. Community is completely contradictory to that idea. Community forces one to consider the call of living simply so all may simply live. Also, learning to love and serve those in community that are particularly challenging, expands our ability to love and serve those sisters and brothers we encounter on the street and at work. Community isn’t all sunshine and rainbows; and it shouldn’t be. I recently had a brilliant peace teacher who said, “We all need friction to round us out.” That’s exactly what community does- it transforms the consciousness of “me” and flips it on its head to “we.” (The DVs from my year that remember our opening retreat will love that ambigram) Imagine a world where a common, basic value of society was “we” focused.  I have been so impacted by my time as a Dominican Volunteer that it has led me to a deeper commitment to the organization and the volunteer experience.
More than a year ago, I decided to extend my commitment to DVUSA and applied to serve on the Board of Trustees. In my year as a trustee member, I have learned a great deal about all that it takes to run a program with so many moving parts. It has also been wonderful to be serving within the Dominican family again; especially with so many sisters, associates, laity, and alumni that I deeply respect.
Additionally, since January, I have had the honor of serving as the full-time volunteer program director at Franciscan Outreach Association (FOA). FOA serves women and men in the city of Chicago who are experiencing homelessness. Our volunteers serve within the organization at our overnight shelter and soup kitchen. I find myself ever reminded and thankful that St. Dominic and St. Francis were contemporaries and friends, as I find myself at home with FOA. My work with the Franciscans is built on a foundation of Dominican life. DVUSA taught me the values of a simple, common life of service rooted in prayer and study. I can only pray that my mentorship with Franciscan Outreach Volunteers serves as fractionally impactful as that mentorship of the Dominican Sisters who have formed me.
Posted by David at 10:14 AM 1 comment:

An Ugly Poster and an Honest Teenager 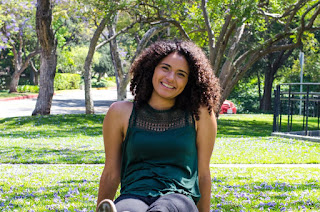 In our latest blog post, Dominican Volunteer Kathleen McKenzie tells us of an unexpected and profound experience she had in her ministry with teenagers. Serving with Dominican Volunteers USA  gives us the opportunity to learn more about others as well as ourselves. Kathleen serves in the Counseling Department at Immaculate Conception Academy, an all-girls Catholic Cristo  Rey high school in San Francisco California. Thank you for your service, Kathleen! 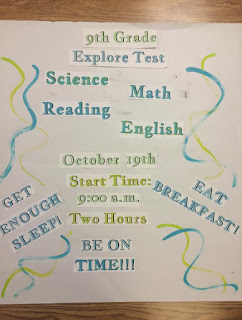