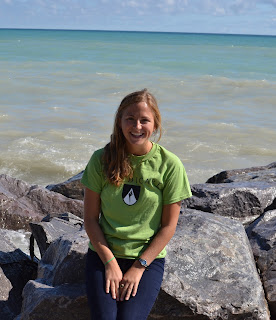 Current Dominican Volunteer Alandra Scott ministers with the Dominican Leadership Conference at the United Nations in NYC.
In the Benincasa Community we focus on all four pillars, but study has been particularly important for the community during this season of Advent. We were discussing study and how to frame social justice actions around the fruits of our contemplation and study. We ended up concentrating on a very hard to ignore injustice happening in New York City: the evident number of people who are experiencing homelessness.

As we began running the Blessed Sacrament Parish soup kitchen, studied and discussed, we felt called to action. We learned that the Archdiocese of New York is one of the largest landowners in Manhattan. With the amount of vacant space in the city there is enough shelter for all those who go without. I was surprised to find this out. In addition the archdiocese closed 40 parishes on August 3rd, 2015 just before Julie and I moved into the house. This was the archdiocese’s second round of church closings.

We looked into what parishes had been closed, why they were closed and what the diocese was doing with empty churches and convents. We found they were selling many of the properties for profit. Some space had already been sold to NYU, to transforming a homeless shelter into an arts and acting center, and into luxurious condominiums in Nolita. Pope Francis expects the Church to use its properties to serve the poor. He states; “Empty convents and monasteries should not be turned into hotels by the church to earn money… [The buildings] are not ours, they are the flesh of Christ, which is what refugees are.”

After learning all of this and spending time planning, we decided this was the direction to take for the first action. We invited others we thought would have interest and began brainstorming. We decided to call the action “Open These Doors,” and it coincidentally coincides with the Jubilee Year of Mercy when the Holy Father will open the Door of Mercy (the Holy Door in the Basilica of St. Peter at the Vatican). The Door of Mercy will be left open for the duration of the Holy Year.

We found a list of the closed churches from the NY Archdiocesan website and created posters which read “Open These Doors for Refuge” with a QR Code that sends users directly to the website we created! We went to each closed church, put a sign on the door and took pictures of it. The action is mainly a social media campaign meant to draw awareness to the facts we had come to be cognizant of surrounding homelessness. We run a twitter feed, instagram and the website. On the website are facts about homelessness in New York City and a letter addressed to Cardinal Dolan alerting him to our action and a call for justice.

On all social media facets we put up three pictures daily throughout Advent. First, we post the door with the address; second, a quote; third, a question or a call to action. The action concurs seamlessly with Advent, so was dubbed “an Advent action insisting that the church open all its vacant spaces for refuge.”


It has been and continues to be exciting to bring our study to life in a way that can hold large systems accountable to justice. As a community, we are continuing to transform our study into the New Year!

Follow the Advent “Open These Doors” action at http://www.openthesedoors.com/
Posted by DVUSA Staff at 7:32 AM No comments: 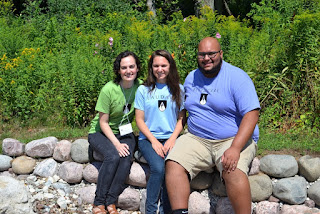 Grace Urankar (left) is a second-year Dominican Volunteer serving in San Francisco.
Any Dominican Volunteer will tell you that ministry is not easy. As our mission statement dictates, a DV “searches for new frontiers for the faith.” We are asked to bring the light of Christ to the darkened corners of our world. Completing this mission in ministry placements while living in intentional community demands a form of relationship that is both deeply fulfilling and exhausting. It is something both awful and beautiful that few people experience in this lifetime.
In the quotidian routine, ministry can be very frustrating. It’s frustrating to feel like the people you serve are doing the best they can, and you are giving so much of yourself, but no one is “making progress” or “moving forward.” In my ministry last year, I saw many students work hard all semester only to remain on academic probation after a bad exam. I saw my students, despite being engaged in class, repeatedly neglect to do their homework. Most of all, I saw myself drag along as a first-year teacher, often in a panic about what the next day would hold. But in many ways, these frustrations are only setbacks; they are opportunities to remain hopeful and shine light. They are not the ache of true disappointment.
My first disappointment in ministry happened in January. Several of my students were absent from school for two days in a row. For some, this comes to be expected behavior, but for Nicole, it was not. I looked forward to seeing her in class again; I thought of her routine disorganization but otherwise friendly presence. The following week, I found out that Nicole’s parents were in a custody battle. Although her mom wanted her to stay at our school, her dad enrolled her in a school near his home, some 20 miles from ours. The previous Friday was recorded as her last day of school. I never knew she was leaving, and I never got to say goodbye.
Nicole was not the best or brightest student in my class. She often lost both her homework and her focus; her tests made me wonder if she heard anything at all in class. But Nicole might have had the biggest heart of anyone I knew. She never got angry or displaced her frustration on me, as many students did; I was even more impressed by this after learning about her challenges at home.
Nicole’s ability to love was shown to me distinctly only a few weeks before her departure, when we had a transfer student join our class after the Christmas break. Our new student, Camila, was cold, closed off, and adamant about not participating -- understandable defenses to a new environment. But Nicole brought her out of that, shining the light of Christ in the darkness, offering hope and love to Camila by offering to work together with her at the board. When I checked in on them later, Camila was writing, talking, and laughing. Thanks to Nicole, Camila finally became engaged relationally and a member of our class.
I wondered what Nicole would need to survive at her new school, and if anyone would reach out to her in the same way that she reached out to Camila. I prayed that she wouldn’t lose her spirit or her will to succeed. Most of all, I hoped that despite the difficult changes in her life, she would continue to shine her light.
In mid-September, Nicole stayed behind after class. After a few pestering questions from me, she broke down in tears, saying that our school was too hard for her and she couldn’t keep up. I talked her down, offering some solace, and tried to illustrate that our entire staff was on her side. I remember that moment as my first real experience of ministry at my placement. Nicole showed me what it meant to be vulnerable and to share in relationship. She made me realize that I have the capacity to bring hope to the hopeless and preach the good news of Christ in the smallest ways each day. I was able to shine some light into her life, but, if anything, I must thank Nicole for allowing me to witness to her.
To lose Nicole was heartbreaking, and one of my first lessons of love in ministry. I think of Nicole once in awhile, and her memory is tinged with the sting of never telling her how much she meant to me. This Christmas, I offer prayers for her and her family, so like the newborn Jesus, her light may shine to the world in the same way it shined in mine.
It is so easy for us to lose focus, to forget what really matters. It’s tempting to turn inward rather than continuing to reach out to others. Nicole did this so beautifully, and I hope I can honor her by doing the same. This Christmas, may we each share the light of Christ through our kindness, our hope, and our love.
Merry Christmas, and let your light shine!
Posted by DVUSA Staff at 5:07 PM No comments:

Here we go! We are going to resurrect the blog! It was dormant for a little time there due to transitions within the organization. But now it's back! Please stay tuned as there will be new posts coming soon from wonderful current Dominican Volunteers.

Happy Advent to you and yours from Dominican Volunteers USA! 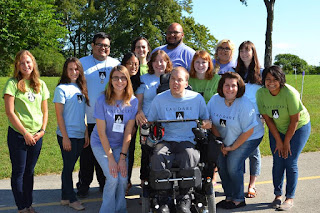 Posted by DVUSA Staff at 6:42 AM No comments: